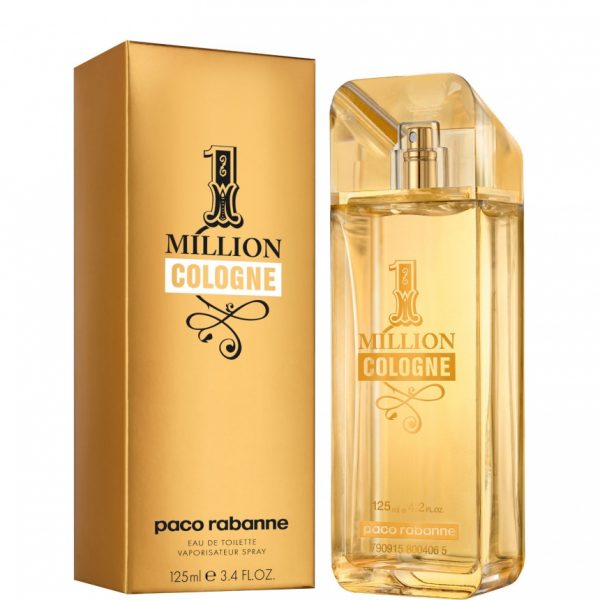 In 2008 Paco Rabanne presented masculine fragrance 1 Million that soon became extremely popular. Flankers like 1 Million Absolutely Gold in 2012 and 1 Million Intense in 2013, as well as limited edition packaging 1 Million $, were made for the many fans of the fragrance.

All those who found the original to be too heavy might like the new version 1 Million Cologne, coming out in summer 2015. The scent is fresher and more energetic, seductive and charming. It supposes to be fun. Opening with marine notes, citrus cocktail of mandarin and cardamom, it mixes floral notes of rose with juniper berries in the heart. The base consists of patchouli, tonka bean and leather.

The bottle retains the form of a gold bar. This time it is transparent, expressing the lighter character of the fragrance. The face of the perfume is model Sean O’Pry.

The fragrance is available as 75 and 125 ml Eau de Toilette.
1 Million Cologne was created by Olivier Pescheux and Michel Girard.