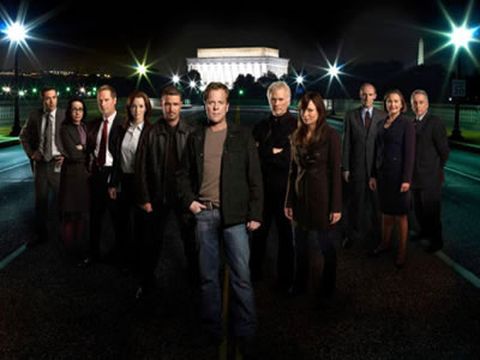 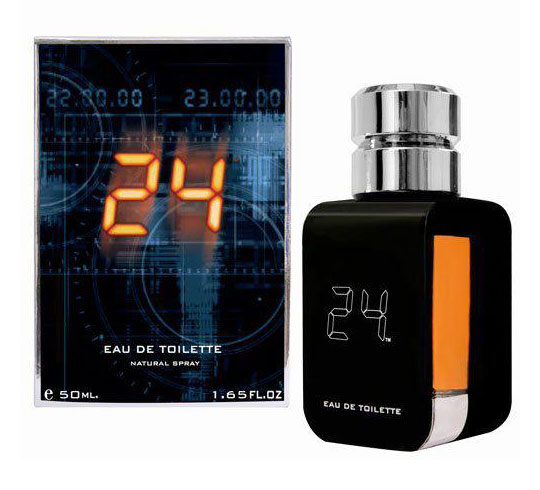 ScentStory presents their perfume 24, named after the American TV show which received numerous awards. The perfume was launched on June 2nd in Dubai. It will be available only in the UAE in the beginning, in Virgin Megastore, but the sale will spread out to other countries later.

24 was inspired by central personality of the series, Jack Bauer, enigmatic and self-confident man, who is urban, cosmopolite and hero. The fragrance encompasses lavender, lemon, mandarin and bergamot in top notes, with a heart of nutmeg, cinnamon, pink pepper, mint, annis and cumin, while a base incorporates amber, musk, oak moss, vanilla and woody notes.

Its flacon is masculine, with number 24 in the central part of the glass body, with clear lines, with a heavy, metal stopper. The perfume is available as 100 ml (3.4 oz) EDT. The fragrance was created under patronage of The Dubai Chamber of Commerce, and in cooperation with ScentStory and Twentieth Century Fox Licensing and Merchandising. 24 was launched in 2009.

You can find out more about which cookies we are using or switch them off in settings.

This website uses cookies so that we can provide you with the best user experience possible. Cookie information is stored in your browser and performs functions such as recognising you when you return to our website and helping our team to understand which sections of the website you find most interesting and useful.

Strictly Necessary Cookie should be enabled at all times so that we can save your preferences for cookie settings.

If you disable this cookie, we will not be able to save your preferences. This means that every time you visit this website you will need to enable or disable cookies again.