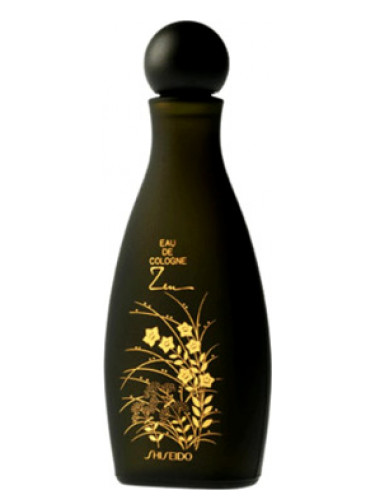 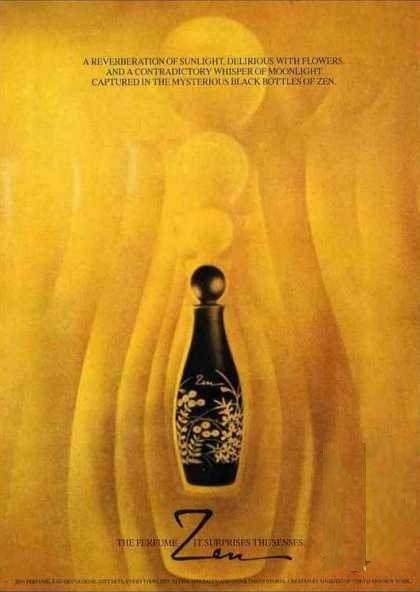 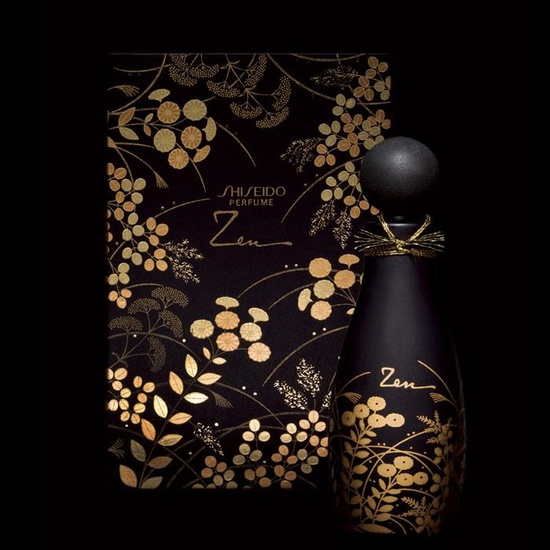 Zen is the first Shiseido’s perfume released at the world market. It was created in 1964 in a black bottle with a floral pattern. This is an intensive floral scent, with hyacinth, orange blossom, jasmine, mimose, daffodil, violet and woody-musky base, which is not produced anymore. A newer, modern version was launched in 2000 and the creator is Nathalie Lorson. This version is lighter, more pellucid, with a general resemblance with the original. The bottle of the second Zen is white. The third version of Zen was created in 2007 by Michel Almairac of Robertet.