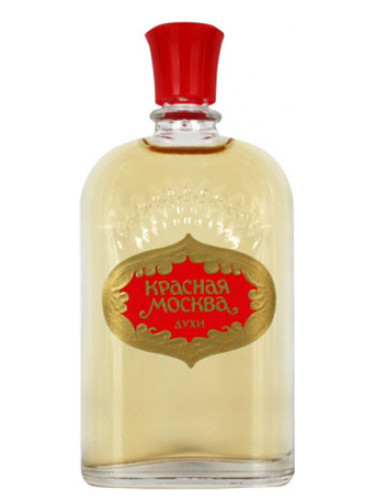 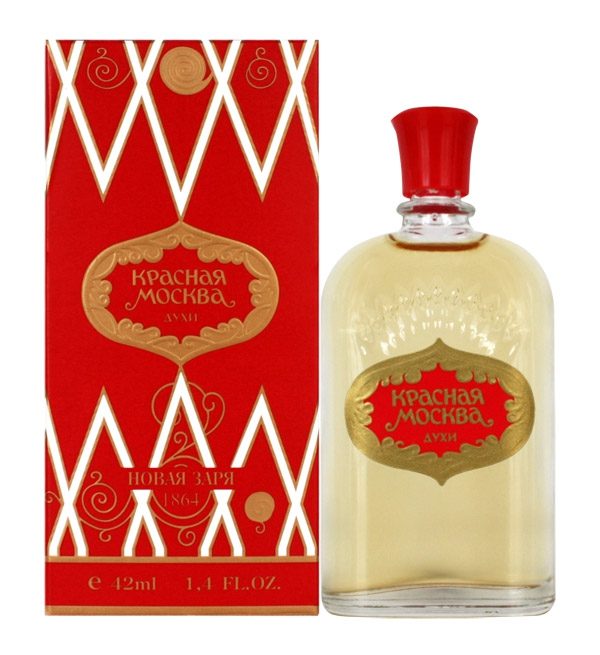 Krasnaya Moskva was the very first ‘Soviet’ fragrance and certainly the most popular.
According to the perfumers working for Novaya Zarya (a perfume and cosmetics producing factory in Moscow, Russia), the fragrance was created by a certain Auguste Michel, but the year the composition was launched remains obscure: it either happened in 1913, at the then Henri Brocard’s factory in Moscow (i.e. before the Revolution in 1917) or later, when the factory was nationalized and given a new, Soviet-like name – Novaya Zarya (the New Dawn).

According to the Osmotheque’s files, Krasnaya Mosva was created in 1925, which technically seems to be right. Abroad, the fragrance is also known as Red Moscow or Moscou Rouge.

Other sources insist that Krasnaya Moskva was actually just a new Soviet name for a fragrance once known as Le Bouquet Préféré de l’Impératrice (‘Empress’ s Favorite Bouquet’), a composition created in 1913 at the Brocard’s factory in Moscow after he had died.

Krasnaya Moskva is known to every citizen of the former Soviet Union and its name is rife with emotional associations. The fragrance is a classic example of a soft floral chypre , with a cool head note (bergamot, coriander, neroli, aldehydes), a spicy floral heart, based on carnation, rose, jasmine and ylang-ylang and a base note, made up of woody and balsamic notes such as iris and Tonka bean.

A typical scent of its time (a spicy floral), the composition combines cool, almost metallic notes with warm floral and woody accords. It is pleasantly hefty, a bit tangy and it develops beautifully on the skin. Krasnaya Moskva (in perfume strength, as well as others) and other fragrances by Novaya Zarya are available for purchase in the factory’s boutique on Nikolskaya Street (in the shop center of Gostiniy Dvor), as well as via Internet.